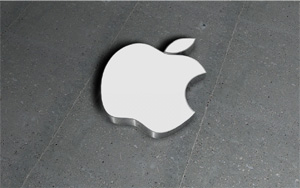 Apple quietly massaged its App Store search algorithms so that poor spelling, fat-finger mistakes, and confusion over software names is less of a barrier to finding the right title, sources claim. The updated search engine was switched on “a few weeks ago” insiders tell TechCrunch, and is likely to help guide iOS users away from so-called squatting apps which capitalize on misspelled titles.

For instance, a common point of uncertainty among users is whether app names have been compounded. Searches for messaging app “GroupMe” could show different results if “Group Me” was the actual query used, and some developers have made a business of releasing apps using frequent mis-spellings to gain attention from those confused users.

Apple’s work on behind-the-scenes algorithms is invariably clandestine, and closely watched by app developers since premium positioning for more general searches can significantly affect how many downloads a title gets. However, third-party analysis of the changes suggests the impact from common spelling mistakes has been ironed out to some extent, though not everything has been perfected.