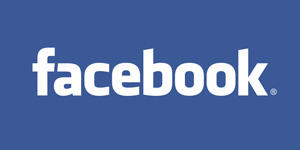 Facebook today announced a new shared photo albums feature that allows multiple users to contribute photographs to a single album. This makes it easy to aggregate memories from events that were captured by different photographers. It also likely dampens the prospects of the countless collaborative album startups that are vying for a piece of the photo sharing pie.

The new feature, first reported by Mashable, allows up to 50 “contributors” to upload up to 200 photographs to each album. Previously, albums could only be created by single users, and had a capacity limit of 1,000 photos.

There are three privacy settings that are available for the new albums: public, friends of contributors, and contributors only.

Although multiple people can now contribute to single albums, it’s the album’s creator that has the final say in which photos are allowed to remain. Contributors have no editing power, only uploading power, and album owners are the only ones that can delete or edit submissions.

Mashable reports that the 200 photo-per-person limit may be lifted in the future, and that extra mobile functionality may be on the way as well.

The rollout will only include a small group of Facebook users today, but will be expanded to the worldwide audience through a gradual rollout.