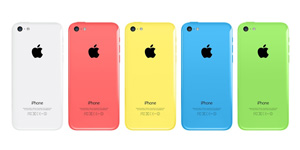 Walmart today confirmed that it will take in-store pre-orders for Apple's new iPhone 5C Friday morning, and will discount the smartphone to $79 with a two-year carrier contract.

Apple introduced the iPhone 5C -- essentially a repackaged iPhone 5 but inside a polycarbonate chassis that comes in five colors -- on Tuesday, along with the new flagship iPhone 5S. It was the first time in Apple's smartphone history that it launched a two-tier device strategy.

"The fulfillment of pre-orders will be processed on a first come, first serve basis ... subject to manufacturer availability and carrier launch dates," a Walmart spokesman said in an email.