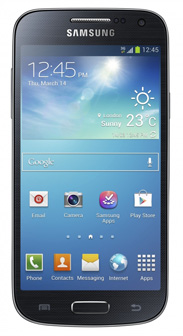 Smartphone sales saw the biggest surges across Asia, Eastern Europe, and Latin America, though growth was recorded all around the globe. Sales of Android devices are dominating, with global market share pegged at about 79%. Android is seeing the quickest adoption rates in emerging markets, where low-cost smartphones are driving volume. The difference in price between today's feature phones and entry-level smartphones is often negligible.

Android's 79% share of the global market grew significantly from last year, when it held 64.2% of the market. iOS is the second-ranked smartphone platform, but Apple saw its share drop from 18.8% last year to 14.2% this year. Microsoft's Windows Phone platform ranks third, growing from 2.6% of the market in 2012 to 3.3% of the market during the second quarter of 2013. It edged out BlackBerry OS, which dropped from 5.2% a year ago to 2.7% this year. Bada and Symbian each account for less than one-half of 1% of the smartphone market.

Together, Android and iOS account for 93.2% of all smartphones. Samsung and Apple remain the top two dogs in the smartphone space.