Battlefield 4 to Launch with 7 Modes, 10 Maps 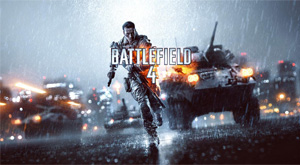 DICE has confirmed that Battlefield 4 will launch with seven multiplayer modes, all of which will playable on each of the 10 launch day maps.

Two of those modes, Obliteration and Defuse, are new to BF4. As DICE explains, in Obliteration mode, "two teams face off on medium-sized battlegrounds where one bomb spawns in a random central location.

"The mission: To pick up the bomb and arm it at one of the enemy's three military installations and blow it up. When the bomb has detonated, a new bomb spawns in a random location, and the race is on again. The first team to destroy all three objectives wins."

Information on Defuse is slim, but DICE has dropped the first official info, describing it as "an even tighter and quicker infantry-only game mode" in which "players don't have any respawns at all".

EA has confirmed a Battlefield 4 release date of October 29 in the US and November 1 in the UK on Xbox 360, PS3 and PC. Next-gen versions will be out "this holiday".