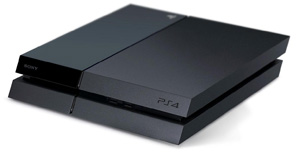 PlayStation 4 will continually record 15 minutes of gameplay data in the background for users to capture and publish online, a spokesperson for the company has confirmed to CVG.

Recorded PS4 data can be brought up using the DualShock 4's Share Button, allowing player to edit and crop footage and share it across various social networks via Ustream.

Microsoft has revealed that the Xbox One will automatically record five minutes of gameplay and allow users to share that data across Xbox Live and social networks.